Thursday was cold -- not as cold as the parts of the country that are really suffering, but cold enough that my fingers hurt taking a walk outdoors, so instead I walked in the mall after having lunch with friends there. Other than looking at Valentine stuff, I didn't really shop, though if I had known Crabtree and Evelyn was closing, I would have!

We watched tonight's episode of The Orville, which I liked a lot until the very end when Claire decided it was fine to make it all about what Isaac needed instead of what they could be together -- come on, she's an adult with a child! From Hillwood in January, some holiday-decorated rooms and some of Dina Merrill's childhood and wedding clothes: 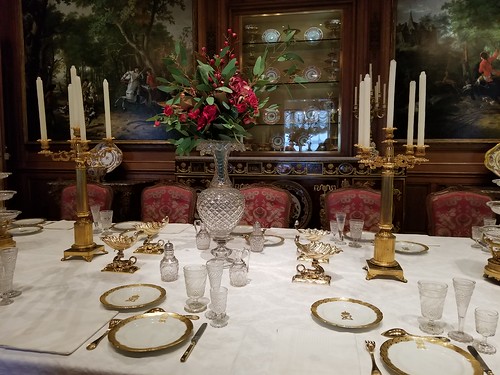