Saturday morning was the opening of more than a week of Lunar New Year festivities at Lakeforest Mall, so after establishing that the groundhog had not seen his shadow so we can be certain that winter will end soon, we went to see the celebration, presided over by the governor's wife and a bunch of state and local politicians. After the dragon and lion dances and some of the martial arts, we had lunch at House of Kabob, then went to Giant, stopping at a couple of Palkia raids on the way. 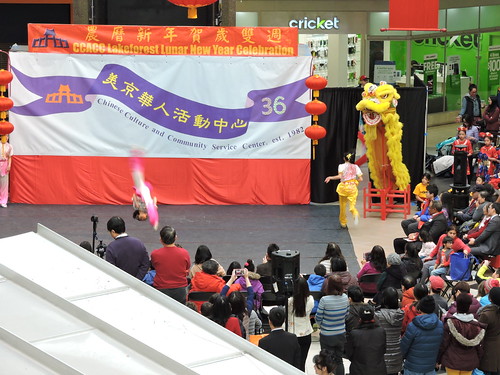 Since it was Imbolc/Candlemas and therefore Jour des Crepes in France, Paul made crepes for dinner, then chocolate crepes for dessert which we ate while watching the senior Dog and Cat Bowls (Puppy and Kitten Bowls are Sunday before the Super Bowl) around the episode of Victoria we missed last weekend, which I did not love, too pro-monarchist for me. Because SNL isn't new, now we're watching Little Shop of Horrors, which remains just as wrong and entertaining as ever!
Collapse