I don't remember much of my Monday before the two and a half hours I spent chatting online with Verizon trying to figure out why my phone's mobile hotspot wasn't working before they had escalated me to someone in an office close enough to where I live to tell me that ha, there was nothing wrong with my phone at all and all those reboots and resets were unnecessary because there was something wrong with Verizon's hotspot service in general. Which, you know, is lots better than needing a new phone, but what a waste of time!

The rest of my day mostly involved really boring work and chores. We had leftovers for dinner and watched this week's Black Lightning, which has been quite sad this season but also really good (this week the infuriating replacement high school principal refused to acknowledge that white privilege might be a thing), then we caught up on the James McAvoy episode of Graham Norton that we missed because we keep forgetting which night it's on. Here are some photos of the melting ice at Great Falls on Sunday before the Super Bowl: 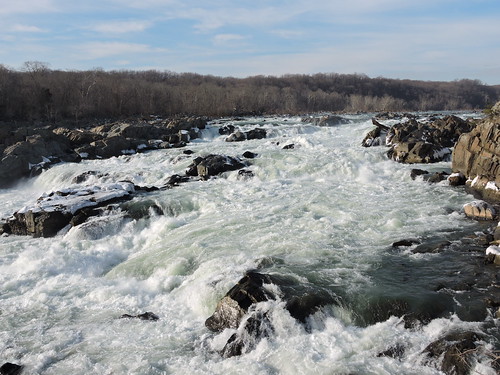