We had absolutely gorgeous weather on Tuesday and I got to spend most of it with Cheryl, whom I have not seen in ages because she's been dealing with family stuff! We had lunch at Spice 6, the new Indian place in the food court at Montgomery Mall -- it was great -- and went to see Spider-Man: Into the Spider-Verse, which was even greater, really clever filmmaking with a terrific cast and a great sense of fun.

Then we came back to my house and watched ITV's Torvill and Dean biopic, which was well cast but entirely mediocre (you'd think their entire career was predicated on Chris being a sad ten-year-old spending his whole career trying to get over his parents' divorce. But because of the movie, we put on Path to Perfection to watch them skate to Barnum (which was cut out of the biopic entirely) and see Michael Crawford be happy for them.

Paul made sesame beef and sweet & sour chicken for the Chinese New Year, which we all ate, then Cheryl headed home and he and I watched The Flash (not one of the more engrossing episodes of the season, I barely remember the details) and caught up on the Mary Poppins Graham Norton Show to avoid the State of the Union, which I am now watching in summary on the late shows. More new year festivities from Lakeforest last weekend: 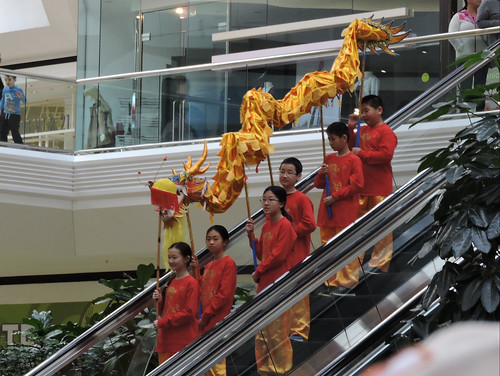