The company our insurance sent to repair the flood damage in older son's bedroom finally came on Thursday to inspect the roof repairs and then make plans to rebuild the ceiling and closet. So Paul worked from home so we could discuss what needs to be done with the adjustors. It's going to take several weeks, but by summer that room should look more presentably painted and have normal indoor temperatures again!

Aside from waiting for the restoration company and a pair of evening Palkia raids at side by side gyms at Wall Park, my only excitement was watching The ABC Murders, in which Malkovich was great but there was too much blood. I've realized that on days when I'm really boring I should post old photos of cool things instead of current photos, so here are some from Crater Lake National Park in Oregon from the summer of 2003: 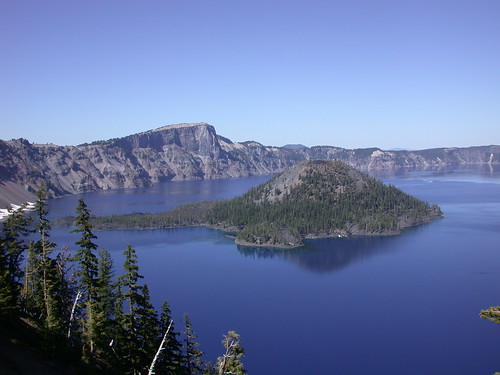