I was super boring on Friday, though it was a gorgeous day and I spent an hour in the park (I was walking with PoGo friends so I didn't take pictures, though I didn't see any snowdrops yet). I did a bit of a decorating project that took longer than I thought in the afternoon, and I spent far more time than should have been necessary cleaning up cat hurk due to Daisy overeating.

We had dinner with my parents, came home for Blindspot where I keep expecting this season's two major storylines (Jane's and Natasha's) to converge but they aren't even close, and last week's Victoria, where lots of liberties were taken with the timeline so I wish we'd gotten more John Snow at least. Tonight, some more flashback Friday photos from spring 2003, at Leeds Castle: 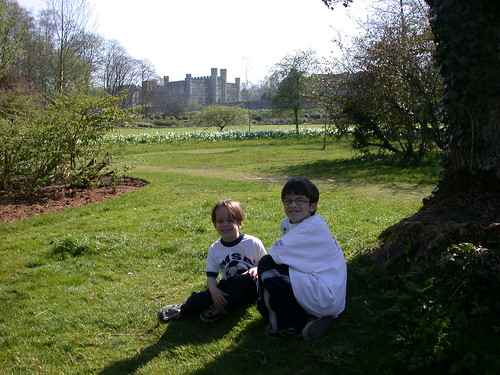