We spent Sunday afternoon in Hanover with Paul's parents, taking Adam and Katherine with us. We went to lunch at the Hibachi Buffet, then drove to Hanover Shoe Farms, where we saw several mares with foals and many more horses out galloping in the fields. On the way back to Clair and Cinda's house, we stopped at the Utz Factory Store, where we got discount chips and chocolate covered pretzels. Then we celebrated Clair's birthday a day early at their house before leaving just as the sleet began to fall. 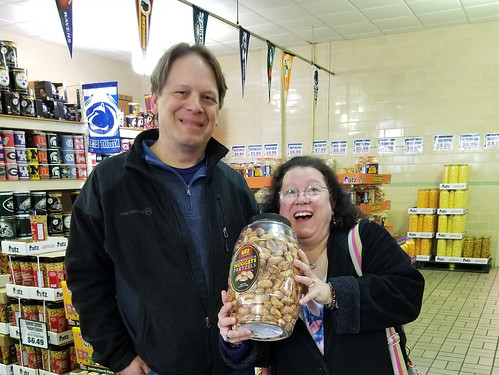 Near home, at least, we've only had rain. Adam and Katherine had too much homework to finish to have dinner with us (UMCP has classes on President's Day), so we had late sandwiches while watching Supergirl (yay Nia), Victoria (so many layers of ahistorical tripe and dramatic hyperbole), and Madam Secretary (a bit contrived as well, but without the aristocracy-adoring, empire-excusing stuff). Now we're watching John Oliver's breakdown of impending Brexit scenarios, each of which seems worse than the previous one.
Collapse