On Sunday Paul and I went downtown with Alice and Jeremy and their son, starting at the US Botanical Garden which is glorious with flowers in this winter season, then stopping at the Air and Space Museum before crossing the mall for lunch at the National Gallery of Art -- where, truth be told we spent more time trading Pokemon and looking in the gift shop than admiring art -- but it was great to spend an afternoon with all of them, which none of our schedules has permitted in a while! 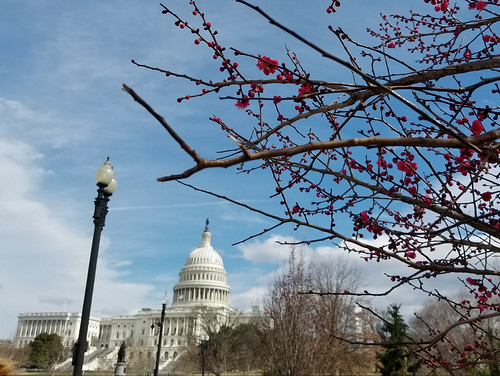 We stopped at Giant for toilet paper, laundry detergent, and fresh crusty bread on the way home, so we could have hollandaise chick'n with crusty bread and butter for dinner while doing laundry. We have too much Valentine's Day candy still in the house! After dinner we watched Crooked House, which I knew nothing about besides Agatha Christie and Gillian Anderson, so there were a lot of fun casting surprises, but the ending was much darker than I was expecting. At least there are flowers outside!
Collapse