It rained most of Saturday, especially during peak afternoon hours when I wanted to do something outdoors, which put a damper on various plans we made. We had a nice morning -- we went to my parents' house for bagels with my sister before she headed back to New York -- and came home to do some chores. I dragged Paul out to try to catch some Clampert during the Pokemon Go event, but it was no fun walking in the park in steady rain, so we went to CVS and Giant and came home sans shinies.

After dinner (veggie chick'n with tomatoes and lentils), we tried to watch Roma but could not get the stupid Netflix trial to work, so instead we binged all the available episodes of I Am the Night, which was as violent as I feared but very well acted and nicely filmed (feels like a period piece, extremely creepy where it should be), though there's a little too much fictional Chris Pine, even though I like him, when there should be more Fauna Hodel. Fun from the Utz Factory Store last weekend: 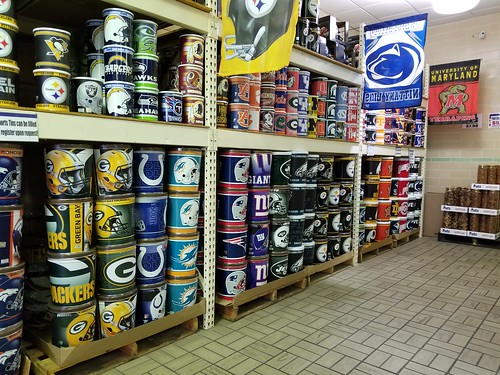