I was up too late because of the Oscars last night and had a busy day today so I will keep this short. For breakfast, I met the mom of one of Adam's friends, with whom I've been talking about getting together for ages -- we finally picked a day! We were going to have coffee but we ended up going to the Brooklyn Deli for egg sandwiches since we were hungry. Then I had to go to the post office and various chores out and about. I even snuck in a Pokemon raid at a local church, though Latias ran away.

Angela, Carrie and I had dinner plans at Lebanese Taverna, but they're moving a few doors down into a bigger space and were closed, so instead we went to the Silver Diner, which ended up being lovely because we were in a booth and talked for a long time. Then I came home for I Am the Night (still creepy and very well done) and the premiere of The Enemy Within (some questionable logic but interesting enough that I'll watch next week). Speaking of Pokemon, I was playing with the new AR camera: 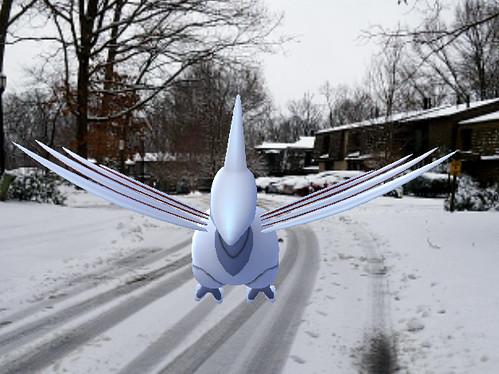