As predicted, we woke to snow on Friday, but it really only stuck to the grass, trees, and cars -- the roads were clear and sidewalks mostly so. I took a walk early to take photos of the winter flowers in snow, then I came home and did some writing until after lunchtime, when I went to the park. I did one Dialga raid after Niantic got their act together and stopped putting Palkia in, but it was already dark.

Paul has a cold, so we skipped dinner with my parents so as not to infect them, though my mother brought soup since it's supposed to cure everything. We watched At Eternity's Gate, the gorgeous Van Gogh biopic by Julian Schnabel with Willem Dafoe, in which Arles is practically a character and made me want to go back! From Brookside Gardens, some conservatory color: 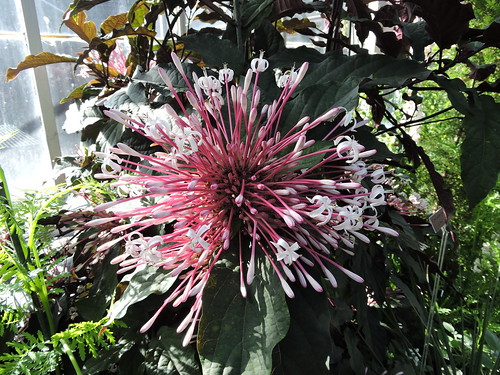