So the roof we just spent a fortune replacing leaked in the rain the other night -- we could hear it dripping in the attic. They are sending someone tomorrow morning to see what's going on and I will do my best not to strange whoever it is. I was therefore cranky all day Monday, though I had a fairly nice day otherwise. I met Kay for lunch at Tara Thai, then spent over an hour in Dick's Sporting Goods trying to get someone to help me, though ultimately they didn't have the waterproof Columbia hiking shoes in stock anywhere nearby and I had to order them.

We postponed watching this week's Black Lightning for the last episode of I Am the Night, which was very creepy and not altogether satisfying since it didn't tell us nearly enough about what Fauna (who's based on a real person) learned about herself and her identity from her experiences, though the acting is all very good. Then we watched the second episode of The Enemy Within, which reminds me of Blindspot and is interesting enough that I'll certainly watch the third episode. Here are cacti and succulents from the conservatory at Green Spring Gardens: 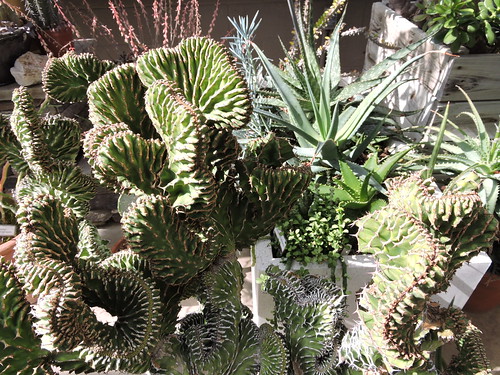