On Tuesday I had lunch at the Fontina Grille with three friends from high school -- well, two of them I've actually known since elementary school -- which was lovely, as we had a lot to catch up on even though I saw two of them not long ago (we are determined to make meeting up a regular thing, since for many years it's been only at the Super Bowl party). Then, since I was at, I stopped at Target to get their exclusive edition of The Crimes of Grindelwald and some summer PJs. B&N next door had a bunch of DVDs on sale for $5 plus I had a gift card, and I only looked at the ones that came with streaming copies, so now I have The Crying Game and Ex Machina on Vudu.

Paul made pancakes for Free Pancake Day rather than braving IHOP's lines, then we watched The Flash, which is yet again dragging out a storyline too long -- I don't care whether Cicada eats everyone in Central City at this point -- followed by the second hour of the latest Celtic Woman concert on PBS, which I should have watched all of based on my overall enjoyment level even though I prefer Mary Fahl's version of "Going Home" and lots of people's "Somewhere Over the Rainbow" as well. Now I'm watching Gordon Ramsay and James Corden compete on treadmills to answer questions about each other's areas of expertise, food and boy bands. By request, more Great Falls! 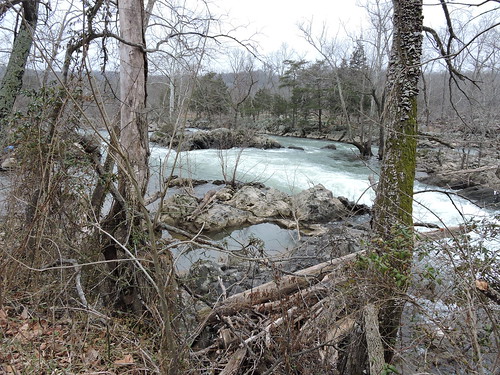