I probably don't need to tell anyone who can read this that Facebook and Instagram were not working for much of Wednesday -- a lot of us couldn't post or leave comments on posts. So although I should have spent less time on social media, I probably spent even more seeing whether things were working yet! Pokemon Go was testing a "lunch hour" raid event where nearly every local gym had a raid between 12-1 p.m., so I met some buddies to do a couple of those, then I went to Five Below and a couple of other stores on Rockville Pike for things like Wonder Woman socks.

We started watching Epic Yellowstone, but as with all nature documentaries they cut away from the natural wonders and started showing animals killing other animals right away. So we turned that off and watched the Oscar-winning Free Solo, the documentary about Alex Honnold climbing El Capitan with no safety gear to catch him if he slipped -- my takeaway is that he seems emotionally stunted despite his feat, not trusting that love is real and ignoring his own sense of self-preservation to impress unimpressable parents. Signs spring is coming, including our first daffodils: 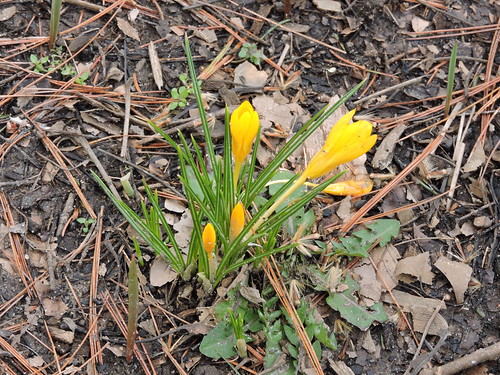