I had a nice Tuesday afternoon with Adam, who worked all morning before deciding to take a break. We went to Yuan Fu Vegetarian for lunch, then took a walk at Great Falls, where it was sunny and cool though not so much so that we didn't see a couple of turtles, a heron, some ducks, and a great many vultures. There weren't a lot of people, though there was a lot of construction going on to repair the sides of the canal, and a bunch of kayakers arrived just as we were leaving. Our FIOS mostly behaved after I spent half the night on live chat getting them to reset my router. 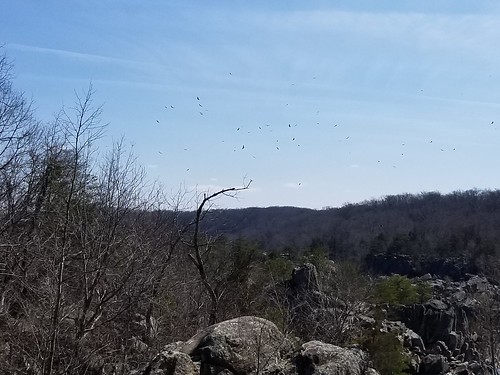 After dinner (vegetarian meatloaf and scalloped potatoes) we watched The Front Runner, which I felt weird about because it stars Hugh Jackman as the father of someone with whom I went to high school. The son is barely in the movie, which doesn't make Gary Hart sympathetic or likeable no matter what anyone thinks of how the press treated him. It's kinder to Lee Hart and to Donna Rice, who went through everything Monica Lewinsky did years earlier. The film is well-acted and interesting though very talky, but I'm not sure what it's trying to say about sex and politics.
Collapse