Sunday was Paul's birthday, so we went along with Adam and my parents to meet Paul's parents at Simply Asia in Thurmont, where we had lots of excellent Chinese and Thai food. Then we skyped with Daniel, who had to work all weekend along with his team in Seattle to finish something that launches next week.

We had to get home relatively early in the afternoon because Adam's spring break was ending and he needed to get back to College Park, but since it was a gorgeous day, Paul and I then went to Cabin John Park to listen to the spring peepers and walk around Locust Grove before stopping to pick up birthday cake.

I missed most of this week's Supergirl, but we watched Billions and Madam Secretary around phone calls from Paul's brother and sandwiches for dinner (we were still full from lunch). CBS ran so late from March Madness that the latter only just ended. I'm rooting for UVA, so they'll probably lose! 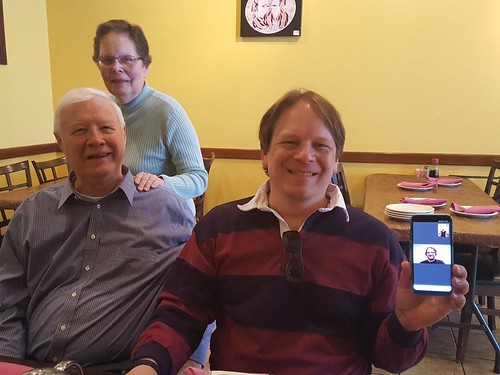