I got to spend a lot of Friday with Denise, who was in town for events before noon and after 6! We met at the mall and got Indian food and bubble tea, then came back to my house and watched Cruel Intentions (for its 20th anniversary) and Buffy the Vampire Slayer's "One More With Feeling" (because we got in the mood for it). Plus we played with cats and traded Pokemon.

Paul had a birthday coupon for Not Your Average Joe's, so we went there for dinner (I had the goat cheese salad and we split the Peanut Butter Thing for dessert). Around basketball, we watched the last two episodes of The Widow, which developed REALLY bad White People Making Africa All About Them problems, sigh. From last weekend while Adam was still here, the view from Sugarloaf Mountain: 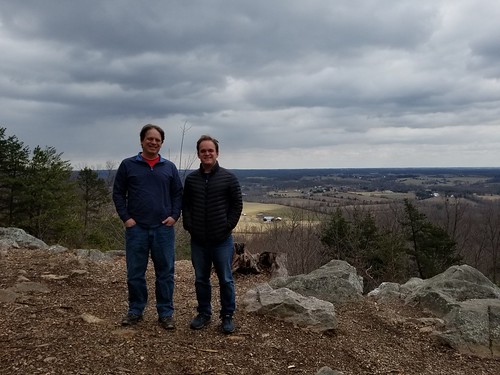