My Monday was too boring to dwell upon. I didn't even get any April Fool's Day tricks played on me, unless you count five seconds of wanting to order ThinkGeek's Mjolnir mailbox before I read the description and realized it was a joke. Pokemon Go let players catch photobombing Pikachus instead of the usual Smeargle, but since they were wearing Ash's hat, that was more a nice surprise than a trick.

Legends of Tomorrow is back, which I am pleased about (Lucha Libre!), and we caught up on Last Week Tonight right afterward so it was kind of funny that it was the episode with John Oliver's diatribe against the WWE's treatment of wrestlers. Plus we watched The Enemy Within (good acting but not entirely convincing plot). From Marvel Live, here's Loki causing all kinds of trouble for the Avengers: 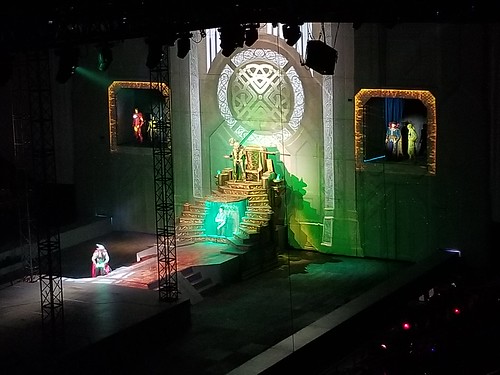