Tuesday was not as pretty a day as Monday, but it was warmer in the morning and the drizzle didn't arrive until afternoon. I spent the morning working on a jewelry project while waiting for laundry to finish, did some work around lunch, then went out in the afternoon before the rain to walk. The new Giratina form arrived in the late afternoon, so I did a couple of raids, too.

Since The Flash was a rerun (and its star apparently got caught vaping on a plane), we watched Bumblebee. It may be damning with faint praise for me to say it was my favorite Transformers movie; I liked the girl-mechanic-coming-of-age story, could not have cared less about the Decepticons attacking Autobots on Earth. Here are some spring photos with a goddess for color: 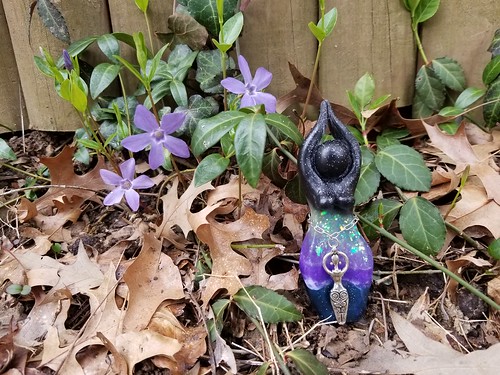