Quickie because CBS is only now getting to "One Shining Moment" after the overtime UVA-Texas Tech basketball championship. I had a nice morning and early afternoon doing chores and walking in the park in summer weather, only to realize on the ride home that the van air conditioning wasn't working properly. Because we'd received a recall notice about something related to the spare tire anyway, we were able to make an appointment to drop it off at the dealer so they can fix everything tomorrow, but it means I won't be able to go anywhere till late afternoon at the earliest. Since the game didn't start till 9, we watched Legends of Tomorrow (the Honest Nixon episode, hahaha) after our Virginia peanut soup and cheese, then we watched the game, which at least Virginia won. From that state yesterday, Riverbend Park: 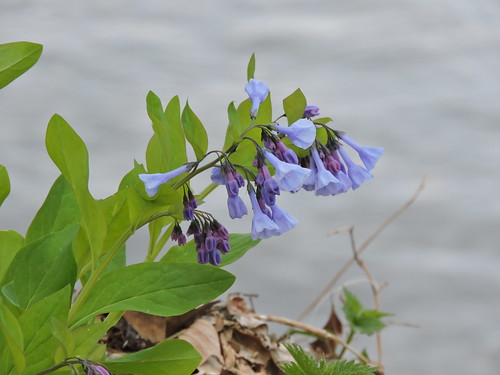