Denise came over on Thursday morning and we went to the mall for lunch, then to an EX raid and a Giratina raid at the Pokemon gyms near Shirley Povich Field, both of which were very successful, as were our lucky trades. Then we came back to my house and watched all current episodes of What We Do In the Shadows because she doesn't have FX to watch it at her house.

So, a good day! After dinner, Paul and I watched Cloak & Dagger, which has been pretty great this season, and The Orville, which has been even better -- this week, directed by Frakes, had Sirtis and a whole slew of Trek-connected big name guest stars, plus Dolly Parton music and Joanna Russ themes. Here are some more flowers from Meadowlark Botanical Gardens: 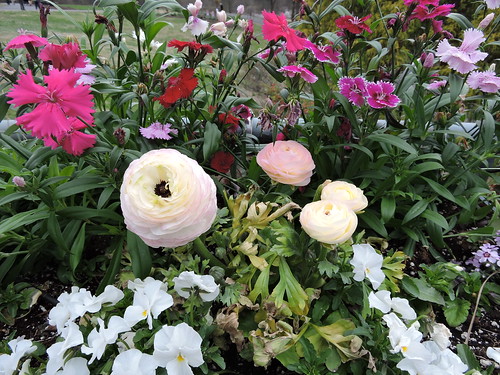