I'm watching the Avengers on Kimmel that I missed on Monday because of basketball (and of course Hugh Jackman had to be on Fallon that night, too) so this will be brief as I am laughing and can't really remember what I did today. I took a walk in the park early because it was supposed to rain later, so I got to see bluebells, but it was mostly the misting-drizzling kind, not the pouring kind. Plus I watched the new Star Wars trailer a bunch of times.

My neighbor Rose stopped by with treats for the cats and we hung out for a while before Paul and I had dinner with my parents. We came home for Blindspot, then watched the episode of The Enemy Within that we missed earlier in the week around phone calls with his parents and mine about weekend plans. Speaking of my in-laws, here are some photos from Hanover Shoe Farms, which we visited with them a few weeks ago: 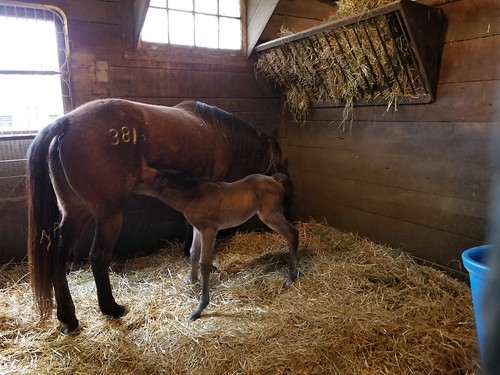