Quickie as the Orioles game just ended in extra innings (successfully, after trying to blow it in the 9th!) and I was distracted with Mueller Report commentary and avoiding Endgame spoilers in headlines about the terrible leaks of Endgame spoilers. Most of my day was unexciting, apart from getting invited to a 10:30 a.m. EX raid at the last minute at the Gifford Pinchot Forestry Building and catching a shiny Latios at a just-before-dinner raid. Daisy appears to be feeling better; she ate plenty!

Before the Orioles game, we watched this week's Cloak and Dagger, in which a bunch of people judged Tandy unfairly, and The Orville, which I swear was based on a Voyager fan fiction in which there were two Janeways, one who was the captain and one who was not. (Okay, that fanfic was based on the TNG double-Riker transporter accident episode, but there was more sex in the fic and The Orville than TNG.) From the C&O Canal last weekend, here are some of the animals we saw (no snakes)! 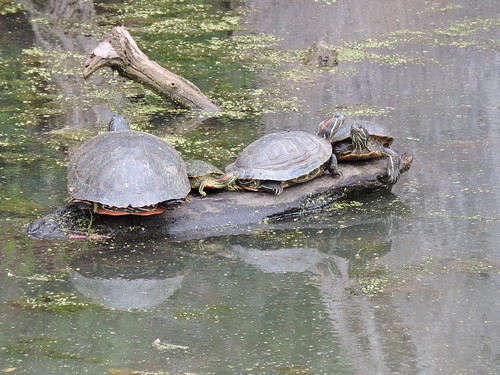