Chag Pesach Sameach! And hope you had a good Good Friday if you observe it. I mostly did chores on Friday before the rain arrived -- the dehumidifiers were picked up by the restoration company, I stopped in a couple of stores and got a bagel because I had to have one before Passover -- then late in the afternoon we met Adam and Katherine at my parents' for the seder, which was very nice and involved a huge amount of food, plus Skyping Daniel who was headed to Sakuracon with friends. When Adam and Katherinne had to return to College Park, Paul and I came home and watched Prince of Egypt, which we had been discussing in versions of the Passover story. A few photos: 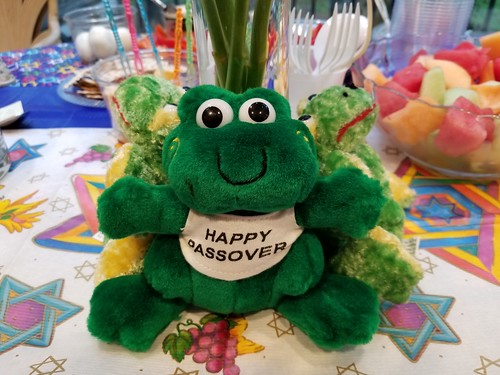