Monday was one of those days where I looked at the clock at 2:30 and went, "How did it get to be 2:30?!" I mean, most of the laundry got done and some of my emails got answered and I put together a pair of earrings from parts I'd been collecting, but that doesn't explain how I did not manage to get any actual work done. (Okay, I did watch a bunch of Endgame videos to try to figure out certain timeline issues that still don't make sense to me, but I'm just going to quote Doctor Who and Janeway on timey-wimey headaches and leave it at that.)

We needed stuff from Giant and I did a Groudon raid at the gym in Cabin John on the way -- plus I found a shiny Diglett, which is joy -- then we came home, ate leftover tacos from my mom, and watched Legends of Tomorrow (Indiana Jones! Book club fangirling!), then last night's Billions (Wendy, your marriage sucks but you are a terrible person all by yourself), then The Enemy Within (Erica you moron what are you doing). Everything's anticlimactic after Endgame. From Strathmore's Kaleidoscopes: Spectrum exhibit, the insides and outsides of four of them: 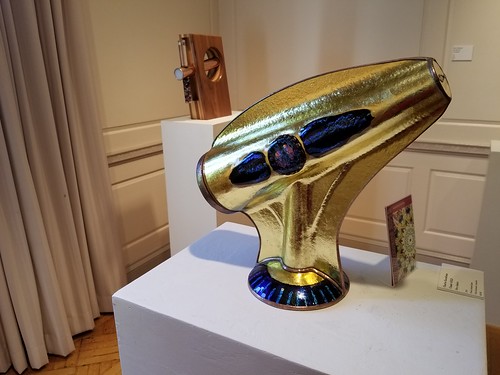