I tried to get important things done Friday morning because I spent the rest of the day slacking. I was invited by a friend to an EX raid at lunchtime, then we did two Azelf raids at local churches. Since I was halfway there already, I stopped at Michael's while their beads were still all on sale, and called county animal control when the dog who was locked in a car when I went in was still locked in the car when I came out. I had another EX raid before dinner with my parents.

Since Blindspot is unhappily off for May sweeps, we watched two more episodes of A Discovery of Witches, which definitely gets better as it goes along, especially when Lindsay Duncan shows up (also, possibly evil Louise Brealey and Alex Kingston). Then we watched a bit of Robin Hood: Prince of Thieves before Graham Norton started on BBC America. Here are some photos from McCrillis Gardens to show they have more than just azaleas in the spring: 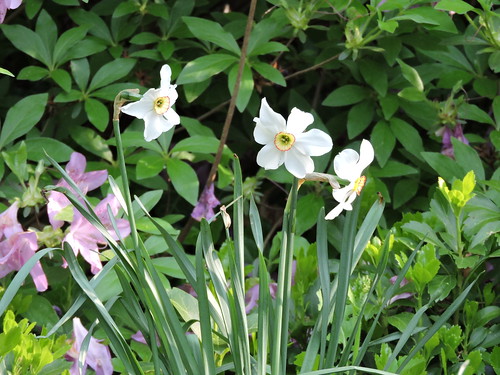