I spent a ridiculous amount of Tuesday arguing online with Amazon, Shutterfly, and an Etsy seller about Things Not Working The Way They Are Supposed To, from a Disney movie that won't play on Movies Anywhere to a photo book that wouldn't save changes to a Mother's Day present that now looks like it may not be here for Mother's Day, and this continued late into the night. So I am declaring myself 100% DONE this week with all purchase-related nonsense.

We watched The Flash and The 100, though I was pretty distracted messaging with employees of various companies mentioned above so I couldn't pass a test about what happened on either though I think they were pretty okay episodes, then we watched Fosse/Verdon which was much more conventional than the previous episode but not particularly less sad. Here are some photos of happy retail experiences, goddess statues from Brigid's Grove: 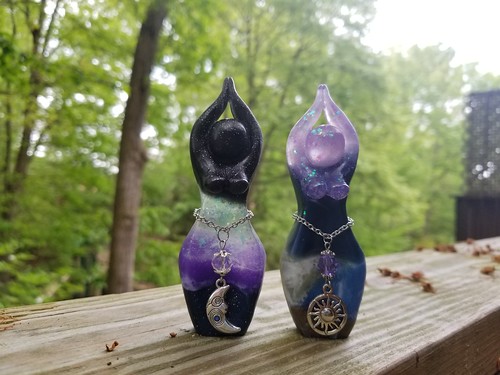