I had kind of a quiet Friday -- bunch of things that had to get done at home, then a quick trip to Cabin John Center for a raid and Cabin John Park for a walk before it started raining so hard that I had to sit in the car for a while so I didn't have to walk to the door in it, then more chores. We had dinner with my parents and came home to more rain. My father was talking about watching Gambit on Netflix, which put me in the mood for it.

We watched the return of Agents of SHIELD which I found confusing because I couldn't remember who was where and when at the end of last season, nor where the timeline fits with the MCU timeline -- is it in an alternate reality now? Then we watched the aforementioned Gambit, which was as funny as I had remembered and ends with a Donald Trump insult-joke that I had completely forgotten! Here are the amazing roses at Lewis Ginter Botanical Garden: 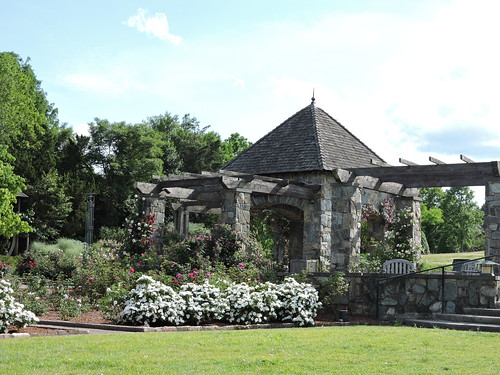