I stayed up way too late on Sunday night watching the Game of Thrones rebroadcast after reading a lot of internet hysteria about the episode so I am kind of sleepy, but I slept better understanding what people were so mad about. (Having only watched the first season up until Sean Bean's last episode, I was always rooting for them to throw the Iron Throne into the sea and form an automonous collective, and I am wondering whether that's kind of the point of the show, though I reserve the right to a feminist rant if what I think is going to happen does happen next week.)

Anyway, it was a slow day, since my cats were cold this morning and three of them did not want to let me get out of bed, so I ran behind on article stuff and the laundry isn't even folded. But I had a nice evening, since I had plans with Angela and Carrie for dinner. We met at Chuy's, and I went to the shopping center a bit early because I had a World Market coupon, but I ended up not getting anything besides a bunch of Pokemon. Chuy's has a nacho bar at happy hour, which is a very dangerous thing! And I had cheese enchiladas, which were very good.

I got home just in time for Legends of Tomorrow, which is always fun, then we caught up on last night's A Discovery of Witches, which was more violent onscreen than I thought was necessary, particularly since they felt compelled to bleep the one instance of the F word in the episode. After that, we watched most of The Enemy Within, which no one is sure whether it's ending next week or getting picked up for another season. If they have a finale that explains why Erica does what she does, I'm fine either way. From Brookside Gardens, so many geese! 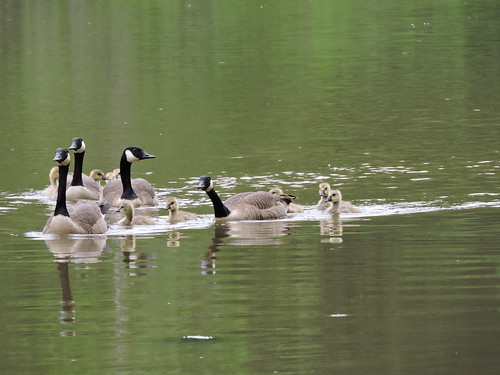