Months after the leak that required the new roof and major upheaval in our home, Daniel's childhood bedroom once again has a closet! The room has been painted, so nothing has been replaced yet (and there are lots of things that need to be sorted for donation or shipping to Seattle), but we have insulation in the ceiling again so it won't be painfully cold or hot in there if we want to have guests and there isn't any exposed wood. Unfortunately, this took all day, so I did not get out even when the rain stopped.

When the painters finally left, we ate leftovers while watching the season finale of The Flash, which was reasonably satisfying though I wasn't as moved as I suspect the producers hoped -- I don't think I'm capable of crying over superhero deaths, they come back too often during sweeps months. Then we watched The 100, those kids just can't catch a break though at least they're resilient, and Fosse/Verdon, which is always superbly done and heartbreaking. Here are flowers from Brookside Gardens last weekend: 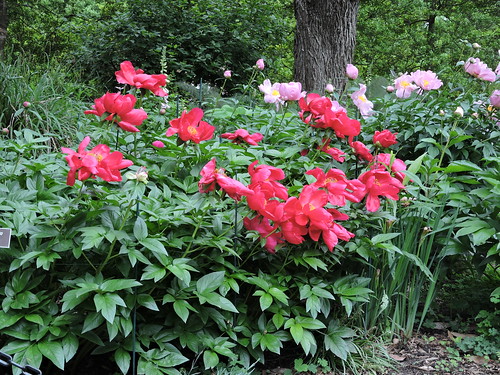