One day I'm going to be organized but it's apparently not happening this week and probably not happening this month, considering that we have a graduation next week and then traveling and meanwhile we have bookcases blocking an upstairs bathroom and piles of stuff on Adam's room's floor. Paul got me up crazy early to try to do some organizing in son's room now that the closet is rebuilt, but until they replace the closet carpet, there's a lot we can't do, and we're not sure whether they're going to inspect the paint which looks like it's peeling already along one wall. On a positive note, this is the 4000th thing to go wrong with the house this month and I did not threaten anyone on Twitter over it.

It was gorgeous out and I did take a nice walk in the park, where I saw a slug and lots of squirrels, plus I did an Azelf raid. We went to Giant when Paul got home, then we watched the Taron Egerton Robin Hood, which is just as bad as all the reviews said though it was very entertaining watching Ben Mendelsohn play Alan Rickman playing the Sheriff of Nottingham -- his line reading on "I'm going to boil you in your own piss!" is tonally identical to Rickman's on "I'm going to cut his heart out with a spoon!" But the screenplay is crazily nonsensical, violent, and anachronistic. What We Do in the Shadows was much funnier, and in that case at least intentionally so. Here are a couple of photos of irises: 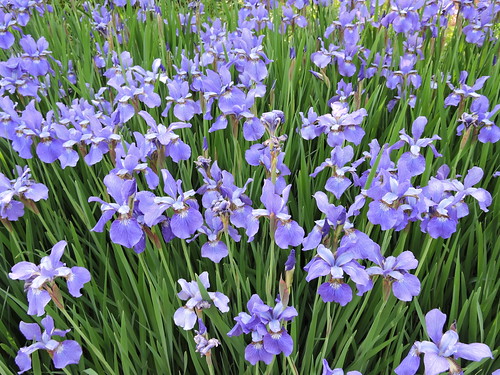