I had a nice Monday for a Monday, after moving some furniture around in Daniel's room (we are hoping to have both Daniel and Adam's rooms clear enough to walk through by the time they are both here). I met Kay for lunch at Tara Thai, walked around the lake to see the goslings, though I got no great photos because part of the walk is closed for construction, then when Paul came home we went out to get haircuts and get stuff at CVS.

Since we ran late, we had leftover Indian food for dinner. It's season finale season so we watched the hilarious and touching closer for Legends of Tomorrow and what might end up being the series finale if NBC doesn't do something for The Enemy Within, with A Discovery of Witches in between since we missed it when it aired. At least that is definitely continuing. Here are some photos of the high water at Great Falls over the last weekend: 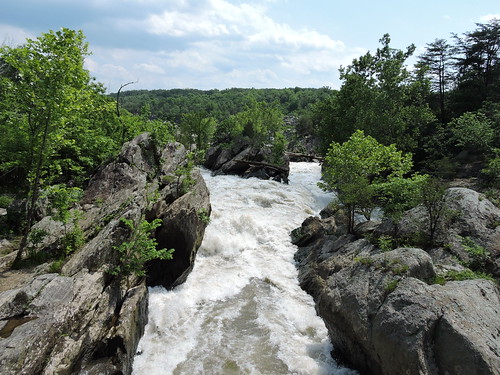