We had a nice family-oriented Sunday around unpacking, laundries, cleaning, etc. In the late morning, we picked up my parents and went to meet Paul's parents in Thurmont at Simply Asia so that they could see Daniel while he's briefly on this coast. We had Baskin Robbins for dessert, then we dropped my parents off, threw in more laudries, and did a bit of Walgreens shopping before going to their house for pizza and late birthday cake for my father. Now we're home watching Good Omens -- which is fantastic -- while trying to get caught up on email and other computer things. Adam has found his way to Amsterdam and apparently bought us a few Iceland souvenirs at the airport to make up for the ones we lost on Saturday. Now jetlag is hitting me, so I will keep this short and write a proper full trip report when I'm awake! 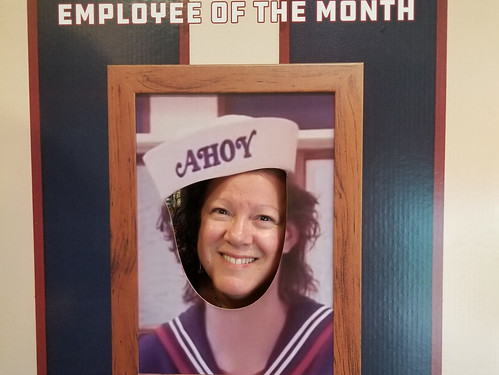