I did not get nearly as much done on Monday as I hoped, but I did finish all the trip laundries and nearly all the unpacking -- I have to figure out where to keep my new carry-ons and return a couple of things younger son left that he didn't have time to deal with between graduation and traveling. I haven't made a dent in email or social media comments, sorry!

We had couscous and lebneh with vegan chick'n for dinner, then we caught up on Fosse/Verdon. I didn't realize we had missed the series finale until they were in D.C. for the Sweet Charity revival and I knew it must be about to end -- what a phenomenal show. It would be hard to pick a favorite waterfall in Iceland, but here is Skogafoss, which may be mine: 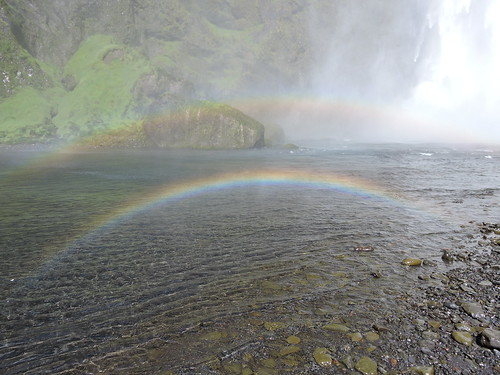