I had a fasting blood draw to check my sugars scheduled for 10:30 Friday morning, so I took it easy in the morning since I couldn't eat anything, then of course wound up waiting over 20 minutes for the lab, and none of the parking machines in the lab building were working so I had to walk to another building, and I got stuck in the nightmare that is currently that complex's parking lot which has two entrance/exits closed, and long story short I was was so hungry and cranky that I went straight to the mall and had Indian food for brunch. My father spotted me in the food court, so I took a walk with him, and then I did two Pokemon raids in the park nearby, at which point I had calmed down!

The rest of my day was fairly mellow, since I did not have a lot of energy. I got some work done at home, took longer trying to cancel a Sears credit card (since there's no longer a Sears anywhere near here) than it took me to open it and use it, then we had dinner with my parents. We came home and binged the last several episodes of Good Omens, which was awesome in every way, from the gay angel/demon love story to the crack history to the Doctor Who references to the use of Queen in the soundtrack to the big-name guest stars. I want a sequel so badly, I know Neil Gaiman said absolutely not but I can hope! From the Puffin Express tour sailing from Reykjavik, lots of seabirds: 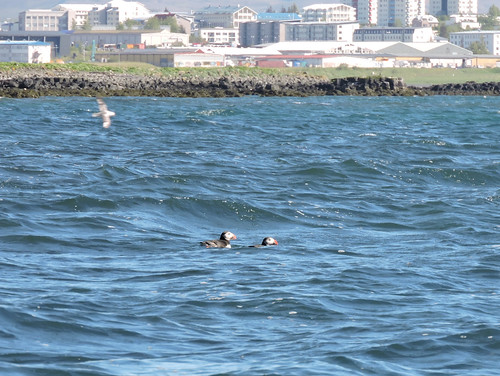