On Sunday morning we drove in rain and bad traffic to the Virginia Renaissance Faire at Lake Anna Winery, but it was all worth it when we got there, though the drizzle continued the entire afternoon. We met Cheryl at the gate, had crepes and strudels for lunch, listened to a lot of folk music and sailor songs, admired a lot of beads, needlework, chainmaille, jewelry, and tea, petted alpacas, checked out various games, and I bought Squirtle earrings and a dragon necklace to match my dress though I was talked out of a crocheted dragon scarf.

Then we went to Fredericksburg to see Rocketman, which was great in every way -- some creative license was taken in rearranging the order in which Elton John and Bernie Taupin wrote their songs in order to structure the film as a musical biopic, but the performances, especially Taron's, were fantastic and the directing was very creative -- it gave more of a sense of Elton John as a raw talent than Bohemian Rhapsody did for Freddie Mercury. We all went to Noodles & Co. before coming home for the end of the Tony Awards, which I may have been too sleepy to appreciate! 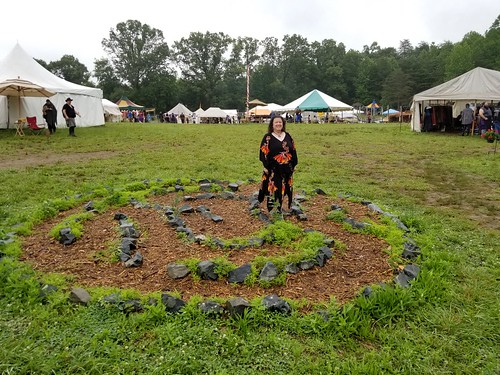