I had a pretty good Thursday -- a little work, a few chores, but I also did a couple of raids after the Pokemon Go Fest started in Chicago and there were lots more Pokemon in the wild (half my local friends who play are there, so local raiding is quieter), and after the morning rain ended and before the evening rain started, it was cool and sunny and beautiful. It was the 10th anniversary of younger son's Bar Mitzvah, which he spent climbing mountains near Innsbruck.

Paul made veggie chicken gumbo for dinner, then we watched the season finale of Blindspot that we missed in Iceland, which ironically was set (and filmed) in Iceland in places we visited, and I'm glad the show is coming back because it had a huge cliffhanger! Afterward we watched the new Elementary, which apparently knows that most terrorists in America are white supremacists. From Iceland, here are Reynisfjara Beach and Halsanefshellir Cave, which you've seen in movies: 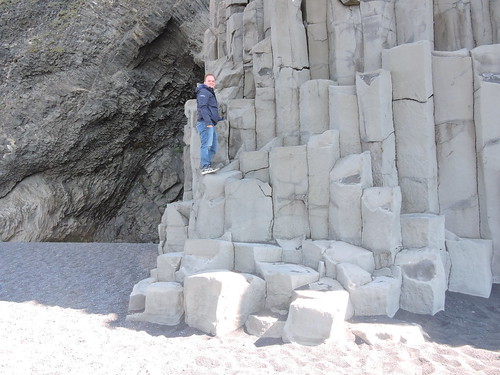