Monday was unexciting around here -- writing, chores, cats very unhappy because there were thunderstorms which were obviously my fault. Before the rain, I went out to a Cresselia raid with a bunch of people who were at the Pokemon Go event in Chicago last weekend, and one of them traded me a Pachirisu, which was the highlight of my day!

Around rain-delayed baseball, we watched the first two episodes of the 1981 Hitchhiker's Guide to the Galaxy BBC TV series, which we'd never seen before and it was enormous fun (the 2005 film had a script that in many places is identical). And there are more episodes! Here are some photos from shopping in Iceland, of which we did very little: 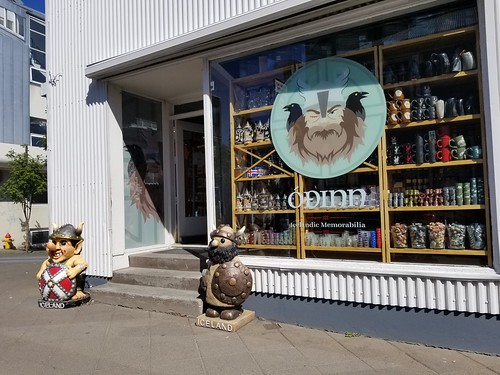