I had a fairly quiet July 5th because I was trying to finish a Shutterfly book of Iceland photos while I had both a free book coupon and unlimited free pages. So I got absolutely nothing else accomplished on Friday, but my 56-page book cost less than $10 (and that was entirely for shipping and tax), so that was a great success! Adam went shopping for a bed for his new apartment with my parents, then to a movie marathon since his high school friends with whom he's been doing those for nearly a decade are home this week.

Paul and I had dinner with my parents, came home for Agents of SHIELD which has been really strange this season though it is, at least, holding my interest, then we caught up on the Blood and Treasure we missed (a guilty pleasure but I see it has been renewed for next season, so yay!). Then we watched the end of the Nationals miserable 11-inning loss and put on the Dodgers game right after the earthquake. Here are some of the Maryland Zoo's African animals, whom we had practically to ourselves in the rain: 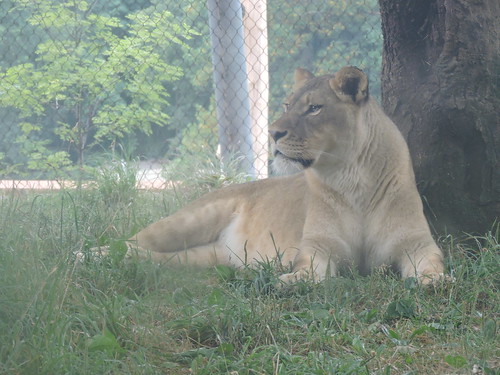