I had a weird Monday of changed plans because the weather in the morning was insane -- six inches of rain so hard and so fast that hundreds of local roads were closed for flooding, Paul had to go the long way around to get on the highway to go to work, and Adam was stuck in Fredericksburg all morning because it was taking people over two hours to get here from there. Having seen footage of cars floating in water a half-mile from where I live, I stayed home all morning until Adam finally arrived! Then he and Katherine went shopping with my mother and I did a bunch of chores.

My mother thought maybe Adam and Katherine would come out to dinner, not knowing they already had plans to meet Katherine's father at IKEA, look for furniture, and have dinner there, so instead Paul and I got taken out to dinner at the Silver Diner, where ironically I had thought I would be having dinner with Carrie and Angela but the former had a conflict and the latter got a headache while waiting for me to figure out my schedule. We watched this week's upsetting 9/11 episode of The Loudest Voice afterward. Some more photos from the Africa section of the Maryland Zoo: 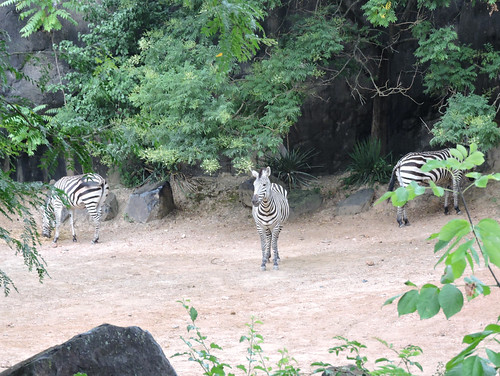