We had our car, which was sideswiped in Baltimore earlier this month, in the shop while we were away for repairs and it was supposed to be finished, but it turned out that one of the parts was damaged, so I had no vehicle on Tuesday. This was fine, since I had several laundries and a ton of cleaning up to do, both trip-related and things Adam left in various parts of the house, but it means I was very boring.

We caught up on last week's The 100 before watching this week's (and I will never not miss Marcus, but I admit I get a kick out of Bellarke now that Eliza and Bob have announced their marriage), plus we watched Blood and Treasure while I tried to sort photos that Facebook uploaded and tagged incorrectly. I only saw my cats today and a few deck squirrels, so here are some of the animals of Oracle Park: 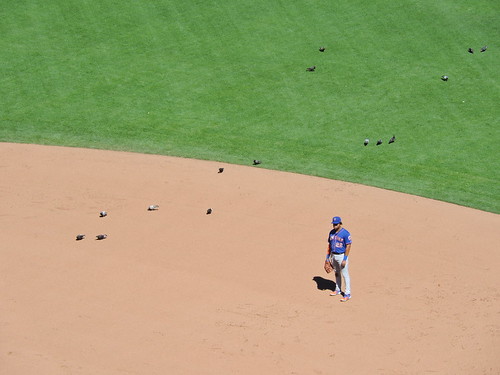