There was a bunch of shopping I wanted to get done on Wednesday, but I kept putting them off waiting for the thunderstorms for which I kept getting warnings to pass. (They never arrived.) So instead I got some work done around here and returned some phone calls and didn't get out of the house till almost dinnertime, when I was invited to an EX raid by a friend from GroupMe which was conveniently at the Starbucks next to California Tortilla, where we had talked about going to dinner because they were giving out free queso to people who knew the secret password (we had an argument about whether it was per order or per person). And Baskin Robbins is right there as well with discount cones because it was the 31st!

When we got home, we watched The Red Sea Diving Resort, worth seeing for anyone who doesn't know about the Israelis who helped rescue Ethiopian Jews. The historical timeline is compressed badly and the main Ethiopians are shown as largely passive, while the Sudanese leaders are monsters, so there's a nasty White Savior narrative going in which even Reagan CIA operatives get more credit than Ethiopian Jewish leaders. It has some moving scenes, some humor, and Evans both looks and performs very well (shirtless! side nudity! 1970s chest hair!) so I enjoyed parts of it despite the screenplay problems. Here are some more happy rescued farm animals at Poplar Spring Animal Sanctuary from last weekend: 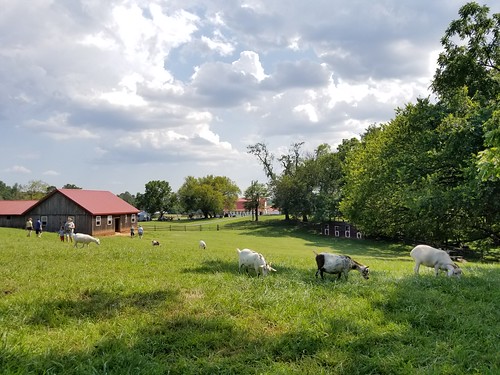