Quickie, I'm watching the end of Avengers: Endgame which is finally out on Blu-Ray, so I could finally get it from Target with the store-exclusive extras and now I can stream it too. I had an uneventful morning of trying to print things out while Katniss tried to grab and shred the pages before I could get them, then a trip to the aforementioned Target and a little while in the park for some sunshine and a raid.

We had dinner with my parents, who were out of town last week visiting my sister and who had gotten us bagels. Then we came home for Endgame and the extras (the Stan Lee tribute, the gag reel, the deleted scenes -- I wish they'd finished the Thor one and left the final Tony one in). From Great Falls last weekend, a muskrat collecting canal weeds while a curious little green heron looked on: 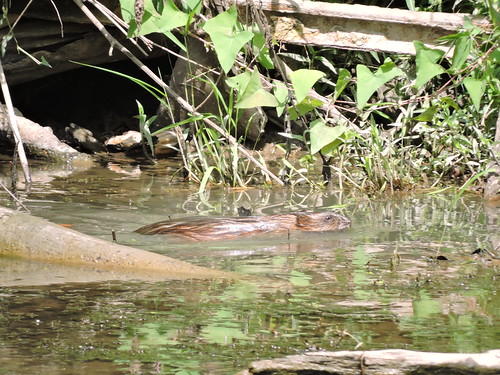