I spent a lot of Wednesday with my parents, who drove me downtown in the morning to meet my sister Nicole and her daughter Isabel for brunch at the Jefferson Hotel. I have walked by it many times before -- most recently last Sunday on the way to the National Geographic Museum, when I spun its Pokestop and was rewarded with a Relicanth -- but never went inside, so I didn't know the hotel had a little Thomas Jefferson museum with several of his original letters, government documents, even a check he wrote. It also has a beautiful skylight restaurant where I had eggs benedict. 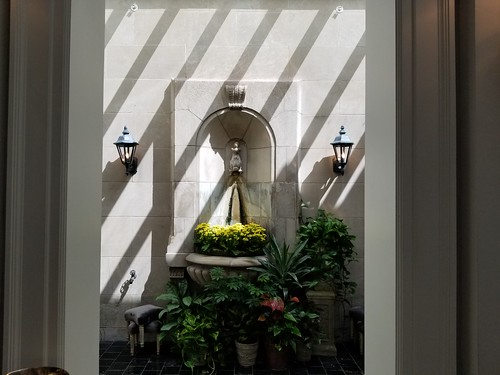 I went with my parents to drive Nicole and Isabel to the airport, then we went back into DC to the National Gallery of Art for a couple of hours, mostly the Impressionist and Post-Impressionist galleries plus some of the modern and postmodern East Wing galleries (pics of that tomorrow). After I got home, I did some chores, then went out during raid hour in the pouring rain for one more shiny Rayquaza. After dinner (leftover Asian food from the past few days), Paul and I watched more of The Boys, which got darker but also pointedly sarcastic about contemporary politics.
Collapse