Denise came over on Thursday, and, after a stop at the mall for boba, we went to an EX raid at Timberlawn Park, where we caught Deoxys and played in the giant spiderweb jungle gym. Afterward, she headed back to Baltimore and I did a bunch of cleaning, laundry-folding, and other enviable tasks.

We watched the last two episodes of The Boys, which got much more violent and had some very creepy sex stuff though the women for the most part got more complicated roles. Here are some photos from Wednesday at the National Gallery's modern and postmodern galleries in the East Wing with my parents: 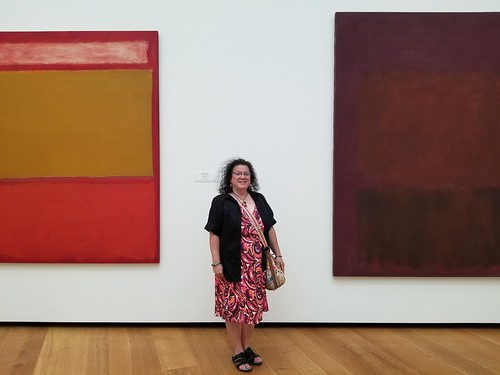