The weather on Sunday was as beautiful as it was on Saturday. We went to Homestead Farm to pick apples, now that the honeycrisp are coming ripe, and stopped to see the alpacas, pigs, chickens, and goats (one of whom has a kid). Then we went to Riley's Lock and walked along the canal, where we saw frogs, turtles, ducks, and lots of butterflies. We tried not to look across the river since the Trump National Golf Course is there.

We stopped at CVS and Giant on the way home for food and stuff for the week, I did an Alolan Marowak raid in the park before coming home for dinner. We watched this week's Succession, which I want to say was over-the-top except I know people who've actually had office retreats like fraternity hazing, then we watched some more fifth season Arrested Development, where all I want is for Gob and Tony to kiss and Maeby to rule the world. 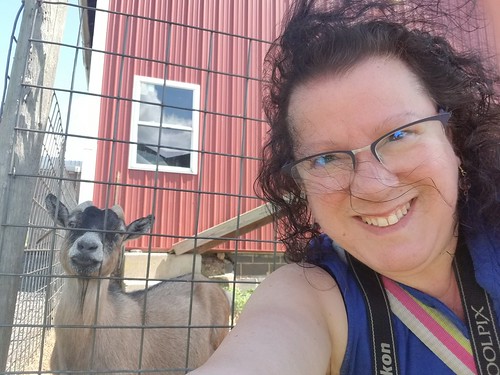