Monday was as beautiful a day as we had over the weekend. My college roommate Tracey, whom I saw last week when she was headed down to the Outer Banks, was coming through again heading back home, and we went out for bagels on her way north, which was lovely. Then I went out to the mall to look for some gifts, mostly unsuccessfully, and took a walk, which is a delight in this uncharacteristically cool August weather.

Paul and I had to drop the car off for routine stuff, so we did that after dinner, then watched the rest of the fifth season of Arrested Development, which did not give me the Gob/Tony love scene we all deserve but did give me Cobie Smulders, although most of the women are vilified unfairly compared to the men and no one in her world properly appreciates Maeby. Here's the creatures of the woods last weekend: 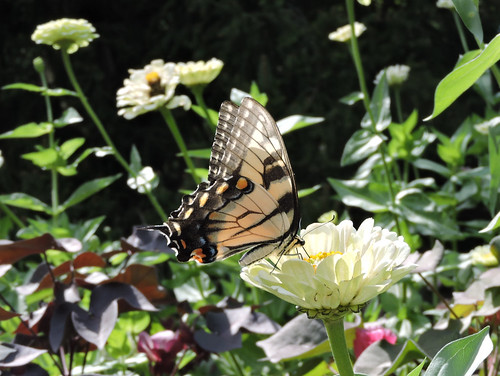