Tuesday was warm and humid -- not terrible for August, but not nearly as nice as the previous several days -- and not very eventful. Paul worked from home since we had only one vehicle, we had lunch together, eventually we went to pick up the car and stopped at Home Depot for a nozzle for our kitchen sink.

We watched some of the Nationals-Orioles game, which the Os surprisingly led all game and won, plus we watched the first Brady Bunch episode of Chopped with Marcia, Peter, and Cindy, which was fun (Greg, Jan, and Bobby are on next week). Here are some of the animals and crops at Homestead Farm last weekend: 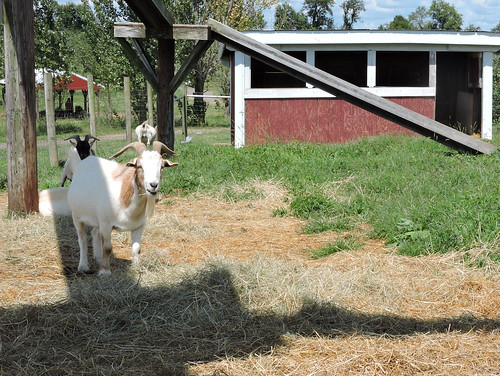