I had lunch with my neighbor Carole on Wednesday at a great Indian restaurant I'd never been to before, Chettinadu, and we talked about family and neighborhood stuff but mostly about travel, since she does so much of it and we've been away a few times this year. She runs an AirBnB, so had to get home for a new guest, and I went out to do some chores, plus an Azelf raid during the water event raid hour at the church around the corner.

I had a rental coupon, so we watched the live-action Aladdin, which I enjoyed apart from the awful Arab stereotypes from the original. Jasmine has a more substantive role and a better ending, and Will Smith is fine, though I miss Robin Williams (and Gilbert Gottfried as the parrot). We also saw a bit of the Nationals-Orioles game and nearly all of Serena Williams' exciting US Open second-round victory. From National Geographic's Queens of Egypt exhibit: 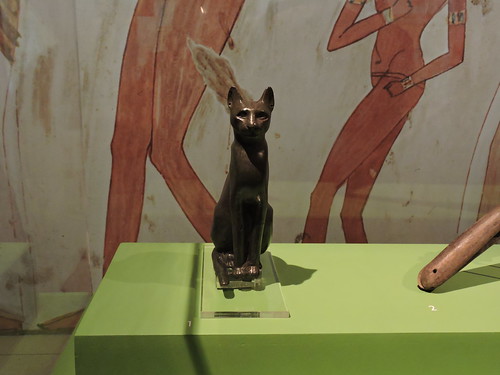