I had a pile of stuff to get done on Wednesday, with mixed success -- it was the kind of morning where I counted having made it into the shower and having put a bunch of last week's clothes away a victory. I got some work and some cleaning done, and we had squirrels, chipmunks, and bunnies being industrious right outside.

Before dinner, I ran out to catch a few Entei during raid hour. We caught up on Succession, in which someone called Kendall "Oedipus Roy" which alone made it worth watching, and On Becoming a God in Central Florida, in which Dunst is great but there's too much violence against animals. Birds of prey from the Pennsylvania Renfaire: 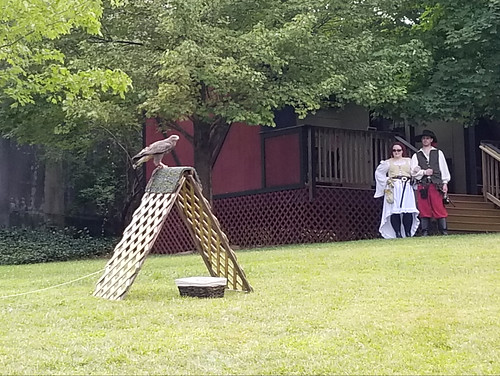